Umar wants to walk. The first and long-awaited child in the Ashurov family was born 3 years ago.

The pregnancy was going great. But when Mihaela arrived at the maternity hospital, they said that the baby was suffocating and that an urgent caesarean section was needed. After the operation, the son was taken to the intensive care unit. The doctors gave good prognosis and the baby and mother were discharged.

Umar grew up as a healthy child, and the doctors had no questions. But the parents were embarrassed by some oddities in the behavior of their son. Everything was chalked up to character traits. But when he was one year old, he couldn’t go on his own. They noticed that Umar often does not respond to his name and does not respond to loud sounds and speech. And so, when Umar was already 1.10 months old, his parents learned that he does not hear. ⁣⁣

Diagnosis: sensorineural hearing loss 4 grade - deafness. At that time, a daughter appeared in the family. Doctors said that hearing can be restored with the help of cochlear implants. After all the ordeals in early April, they left home, heading to Moscow to fly to Almaty for an operation. On the way, Umar fell ill, they even had to call an ambulance, but under their own responsibility, the parents decided not to turn off the road.

The operation went well. Now Umar already hears. But he never started walking. The boy stands, walks by the hand, can walk 5-6 steps on his own, but staggers very much. He has a problem with balance. Hearing rehabilitation also requires constant sessions with a teacher of the deaf and a neuropsychologist. All of these requires no small means. The family lives in a rented apartment, only the father works. No benefits are received without citizenship. For the sake of their son, they are forced to go through all the difficulties.

For significant results in hearing rehabilitation, Umar must undergo rehabilitation courses at the Tosha & Co Cochlear Implant. Center for Children every 3-4 months. And this is a huge sum for the family at the moment. Therefore, Mihaela was forced to turn to the fund. ⁣⁣

Charitable Foundation "Insan" announces a fee for Ashurov Umar in the amount of 225,000 for rehabilitation in the center for children after cochlear implantation Tosha&Co ⁣⁣⠀

Thank,
Your comment is sent.
It will be published after moderation.
Close
Fundraiser is completed
Transfer the funds
It’s necessary: 225,000 ₽
Make a donation
Gathered: 225,000 ₽ of 225,000 ₽ 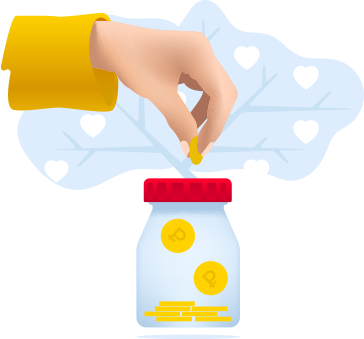 " Oh, Allah! Make us disease-free, heal us because only You give recovery. There is no more healing besides You bring upon us. Give such a healing that would eradicate the disease"